The Sum of the Parts 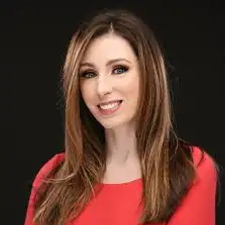 Having never done any television, it was an exhilarating and nerve-wracking experience all at the same time. I will never forget my first day on set, my heart beating out of my chest, the lights blinding, and the executive producer, Craig Shoemaker, yelling ‘Go!’ My immediate response, ‘Go where?!?’ I was like a deer in headlights, having no idea what to do! Luckily, for everyone’s sake, it only got better from there! I don’t feel as though there is just one thing that makes The Wolf PAC special! I think it’s many things. Just as the sum of the parts needed to make a start-up successful, I feel that way about Wolf PAC! There is no one thing; it’s the totality of the people, the city of Philadelphia, the hope it inspires, and the charitable aspect that make this show connect with everyone.

I do, however, have favorite moments of filming, some of which were caught on camera and some not. In episode 1, taking the field was such a surreal experience. We were like little kids in the tunnel, getting our pictures taken and sending videos to our friends - being out on the field on the 50-yard line was something I will never forget! While that was an exhilarating experience, the episode that I connected with the most was the second one.  It touched me on such an emotional level because I could relate so well on such a personal level. I think that is what the show does well - help people connect on so many levels. I think everyone will find something they can relate to! It was such an amazing experience and I cannot wait to start filming again!